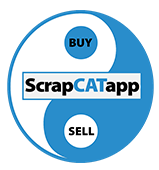 The ScrapCATapp management team consists of converter professionals with over 50 cumulative years of converter buying and selling experience.

We have collective purchased over 15,000,000 converters over the years, representing almost 1 Billion is in dollars value.

All of this experience has led us to the realization that the buying and selling of converters – which we have done for decades – is an unpleasant, uncomfortable transaction – for both the Buyers, and particularly, for the Sellers.

Sellers dislike converter transactions because they have no idea of the value of their converters before they sell them. This makes them feel powerless and at the mercy of the Buyers.

Buyers also dislike converter transactions. It is very difficult for Buyers to, all at the same time, develop new supply sources, track the remote Buyer purchases, retain knowledgeable Buyers, and compete with integrity against the buying strategies of unscrupulous competitors.

Our experiences have allowed us to see both sides of the transaction and develop a business model and an online platform that makes sure the needs of both Buyers and Sellers are properly and fairly addressed.

There is a better way to buy and sell converters. It is called ScrapCATapp. Let us show it to you.

It is no secret that in current catalytic converter transactions, the Buyers have an advantage. They simply possess more information about converters than Sellers do.

ScrapCATapp is a low cost, easy to use, web and mobile application that creates a fair and balanced transaction in which converters are bought and sold.

How will SCRAPCATAPP conduct itself?

SCRAPCATAPP exists to provide Auto Wreckers, Scrap Yards, Muffler Shops, and other converter generators with an independent, accurate, and real time appraisal value of their converters.

SCRAPCATAPP exists to provide legitimate converter Buyers with a platform that allows them to access and evaluate Sellers converters quicker, easier, with more accuracy, and at a minimal cost.

SCRAPCATAPP DOES NOT purchase converters because doing so could compromise the independent appraisal.

SCRAPCATAPP DOES NOT sell any converters because doing so could compromise the independent appraisal.

SCRAPCATAPP Does not negotiate terms of any converter sales on behalf of either the Buyer or Seller.

SCRAPCATAPP will not receive any fees or payments from either Buyers or Sellers outside of the disclosed “stated” escrow fees and the Buyer and Seller user fees that may be added at a later date.

SCRAPCATAPP will not let company profits get in the way of doing what is right for the customer.

SCRAPCATAPP will use technology to improve operations for the benefit of both SCRAPCATAPP and its customers.

SCRAPCATAPP will treat customers with respect and dignity and expect the same treatment in return from its Users.

We Do NOT Buy. We Do NOT Sell.

We are the Premier Online Auction/Marketplace